A Belated Congrats to New Top Chef Michael Voltaggio (And The Scoop on Why Kevin Didn't Win)! 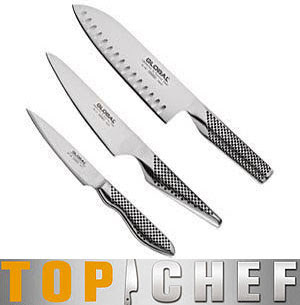 Divas, I know it's a little late, but I didn't want to spoil for anyone who Tivo-d the finale, so here's a belated congrats to new Top Chef Michael Voltaggio!

While I'll admit to rooting for Kevin, I'm proud to have Michael as a fixture on the Los Angeles dining scene!  He turned in a stellar performance all season long!  I'm a confessed molecular gastronomy lover, and have eaten lots of Michael's grub at The Bazaar (review here) when he used to work there!  I can't wait for the long-awaited renovation of his restaurant in Pasadena, The Dining Room at the Langham Hotel, to commence in April under the steady hand of Bill Johnson.

Next up for the Brothers Voltaggio, or the "Vo-Bros" as I like to call them (for you non-watchers, Michael's brother, Bryan, was the other finalist)?  They've launched a website together and are considering writing a book!  A great idea if you ask me, a fellow book-writer myself.

And as for Kevin, I know he's going to be a big star!  On the down-low, I'm hearing that the reason for his poor performance in the finale was that right before taping, he'd just broken up with his wife of six years!  Poor thing, but I'm sure he'll rebound in no time.  What's that they say?  Chicken soup is good for the soul?  That's right, Kevin, eat lots of chicken soup, or in your case, pork belly soup drizzled with pork fat!

CLICK HERE TO READ A GREAT INTERVIEW WITH NEW TOP CHEF MICHAEL VOLTAGGIO ON GRUB STREET!
Posted by Jennifer Brody at 11:45 AM