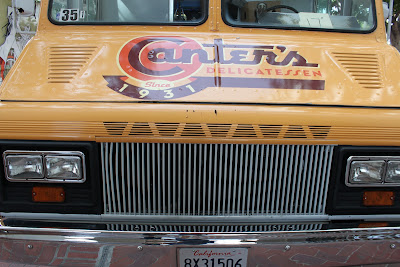 As a wise man once said, where the food trucks go, the foodies soon follow. This was certainly the case on Sunday's packed event.

With my VIP pass, I arrived bright and early, ready to sample the offerings. In addition to serious food lovers, I spotted a lot of local press coverage, including foodie haven the LA Weekly. 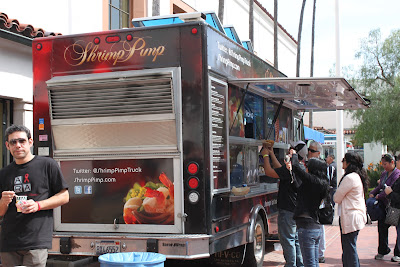 After walking through the entire festival -- a lengthy proposal -- I decided that what I really needed in the early morning was something deep fried. I know, I often preach about health, but sometimes fried food is the only way to go. The Shrimp Pimp food truck, with it's hilarious name and slogan ("Shrimp'n Ain't Easy But It Sho' Is Fun"), was calling my name. I couldn't resist temptation. 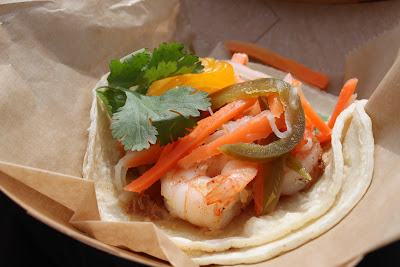 We ordered several dishes from them -- the Shrimp Brucshetta (sauteed shrimp with a Mediterranean tomato sauce served on French bread and topped with feta cheese and basil) and a Drunken Shrimp Taco (shrimp marinated in a sherry-ginger sauce, sauteed, and served on a corn tortilla). 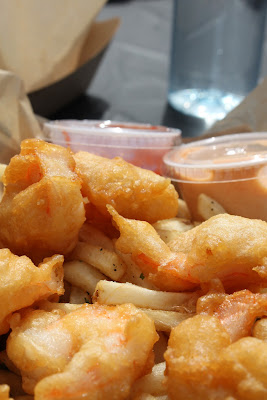 But my favorite dish hands down was the Shrimp & Chips, which featured Guinness beer battered shrimp with homemade fries. The breading was super light -- almost like tempura batter -- and the shrimp were fresh, plump, and juicy. 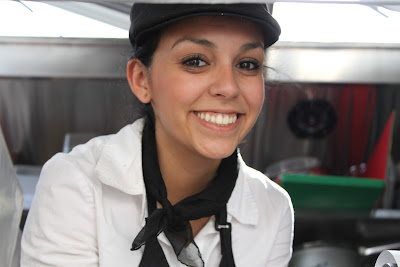 Having already tossed care -- and my health -- to the wind, we decided that for dessert we should feast on crepes from the Crepes Bonaparte food truck. We tried the HazelBerryAna, a delectable combination of strawberries, banana, and nutella, topped with vanilla ice cream, and a traditional crepe with sugar and butter. 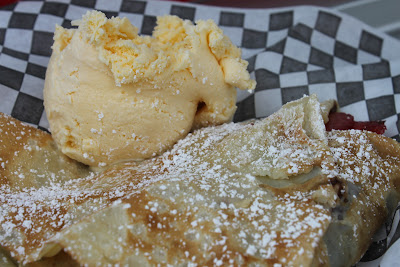 While the fancier HazelBerryAna was scrumptious, the true star was the simple crepe with sugar and butter. It really allowed the crepe itself to be the star, with the sugar and butter melting together inside. Is there anything better than that? 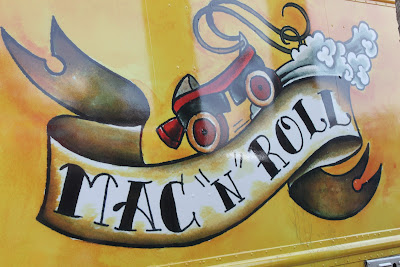 Stuffed and unable to eat any more morsels of food, I surveyed the other forty plus trucks from which I hadn't yet eaten. Everything from The Munchie Machine, a stoner's dream truck with offerings like S'mores and Scooby Snacks, to the Mac "N" Roll macaroni and cheese truck, to the Yalla Falafel Truck, with delicious homemade hummus and falafal, to Clean Street Food, with healthy, fresh salads and delicious-looking cupcakes.

I guess that I'll have to go back next month and try again! Thankfully, Truckit Fest promises to be a monthly event.

Full Slideshow of the Event: