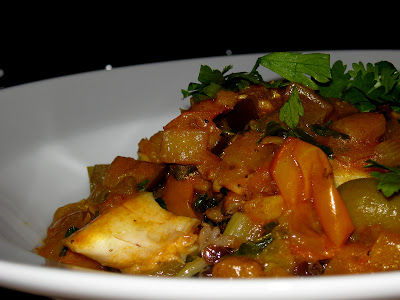 I'm back with another "Simple Suppers" recipe!  With the advent of cooler weather, there's nothing like richly spiced stews to warm and comfort you.  This dish is inspired by a Moroccan tagine, which is a slowly simmered meat, fish or vegetable dish.  They're usually cooked in earthenware dishes, which flavor the food, but in my case, I used my handy, all-purpose All-Clad braising pan.  For my protein, I used Red Snapper - I'd scooped up some fresh fillets at the Studio City Farmers Market. 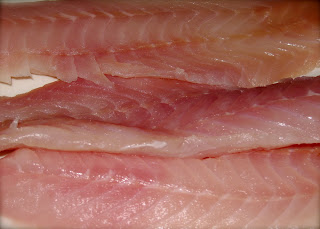 I'm including this dish in my "Simple Suppers" series because it meets all my criteria!  It's super healthy, with fish protein, fresh vegetables and healthy fats, and it cooks up in under thirty minutes on the stove top.  I'd recommend serving this dish over brown rice, or if you're feeling extra fancy like I was, serve it over my Raisin-Walnut Spiced Rice (CLICK HERE for recipe).

In a saute pan, heat the olive oil over medium high heat.  Add the onion and saute for about 5 minutes, or until softened.  Add the garlic and ginger and saute for 1 more minute.  Add the cumin, tumeric and parprika and stir into the mixture.  Cook for another two minutes.

Next, add the cherry tomatoes and bell pepper and cook until softened.  Add the vegetable stock, parsley, cilantro, olives and tomato paste.  Bring to a simmer and reduce by half.  Season to taste with salt and pepper. 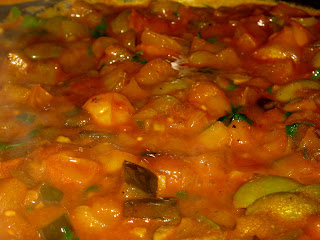 Meanwhile, salt and pepper the fish on both sides.  Once the stew has thickened, add the fish and cook for about five minutes, or until the fish is cooked through.  The fish should be one solid color and flaky. 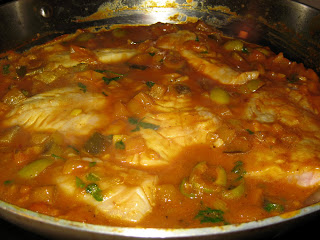 To plate, place some brown rice or raisin-walnut spiced rice in the bottom of a plate and top with a generous portion of the stew.  Sprinkle with chopped parsley, chopped cilantro and fresh ground pepper.  Enjoy! 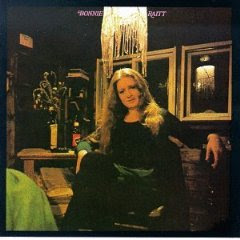 As many of my girlfriends may know and much to Kuzak's chagrin, my recent guilty pleasure has been Taylor Swift.  And I don't need to plug her on this blog - she's a young country prodigy who writes all her own music and has shot to superstardom.  Her album was the bestselling album of last year.  However, listening to her made me remember one of my favorite albums of all time by another young country music phenom - Bonnie Raitt.  Her self-titled debut album, recorded when she was only 21, already showcases her slide-guitar skills and holds up to this day!  Now she would go on to massive mainstream success, with songs like "I Can't Make You Love Me," but if you've never heard this early gem, I highly recommend picking it up, and if you have it, but haven't popped it in your CD player in awhile, give it listen!

Upcoming Show: Slipknot at the Palladium tomorrow night!  Woo-hoo!
Posted by Jennifer Brody at 10:06 AM

Email ThisBlogThis!Share to TwitterShare to FacebookShare to Pinterest
Labels: Fish and Seafood, Music on Tap, Red Snapper, Soups and Stews