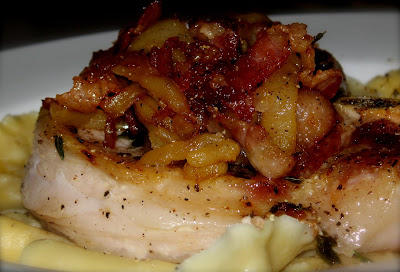 As I write this post, The Adorable Monster is having his balls cut off.

He'll be Sir-Humps-A-Lot no more.  The poor little guy.  He had no idea what was coming to him.  When I didn't feed him this morning, he looked so sad.  Eating is pretty much his favorite thing to do.  Besides licking his balls.  Sob.  But then when he realized he was getting to go into the car, he reverted into his happy dance complete with maniacal leaps of joy.  If only he'd had some clue as to what fate was about to befall him, he might not have been quite so joyous!

In fact, he may be having them removed as I type this post.  I'm waiting for news from the vet and should be able to pick him up later today.  He's going to be one of those cone-headed dogs, the ones with the plastic cones around their necks, but at least he'll still be pretty darned cute!

Wish the Monster a speedy recovery!

In the meantime, I'm going to share with you the recipe for the dish I made for Kuzak's birthday!  I cooked him Organic Bone-In Pork Chops with Apple-Bacon Slaw.  This dish encapsulates the very essence of fall: earthy, meaty flavors of bacon and pork with delicious apples.  I served the pork over homemade butternut squash ravioli, and while delicious was work intensive, so for a simpler version, I'd suggest simply serving it over roasted or mashed butternut squash.

This dish as a true winner! 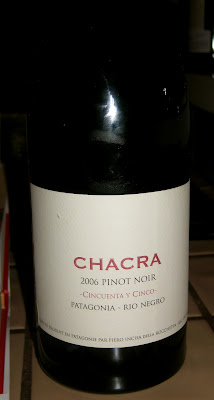 For wine, I gifted Kuzak with a bottle of Chacra 2006 Cincuenta y Cinco, Pinot Noir from Patagonia, Argentina.  This was one of the most unusual, but fabulous pinots I've ever tasted.  It paired beautifully with the earthy and sweet flavors of the dinner, pulling everything together.  I'd never had a pinor noir from that part of the world, but this one left me wishing I'd tasted many more! 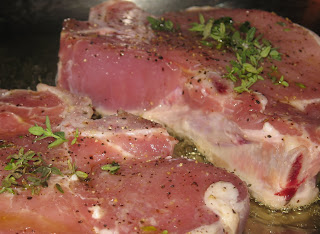 To make the pork chops, rub them with olive and thyme.  Sprinkle both sides with salt and pepper.  Then, heat the grapeseed oil in a saute pan over medium high heat until almost smoking.  Add the pork chops and cook, turning once, until they're cooked through.  Remove from the pan and allow to rest for a few minutes. 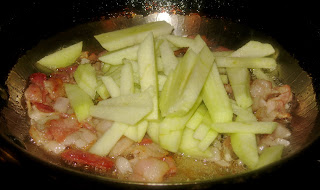 Meanwhile, make the apple-bacon slaw by sauteing the bacon in a pan for a minute.  Add the shallots and cook for another minute.  Then, add the apple and cook until beginning to caramelize, about 6-8 minutes.  Add the sherry vinegar and season to taste with salt and pepper. 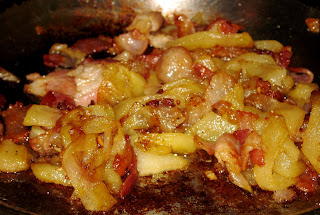 To plate, place the pork chop on a late and then top with a generous heap of the apple-bacon slaw.  Enjoy! 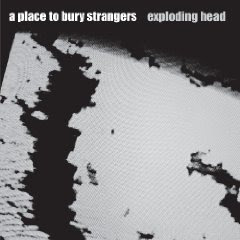 Reminiscent of Depeche Mode and The Cure, this album grabs you from the first track, "It Is Nothing," and won't let you go.  The bands weaves noisy textures and sounds to create a dark landscape that is both upbeat and entrancing.

Special thanks to JP for turning me onto this band!

CLICK HERE TO CHECK OUT THIS ALBUM!
Posted by Jennifer Brody at 2:40 PM

Email ThisBlogThis!Share to TwitterShare to FacebookShare to Pinterest
Labels: Music on Tap, Pork