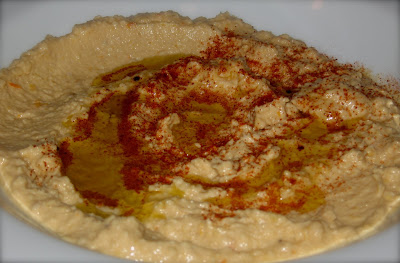 You know how Oprah has her "Favorite Things" episodes, the ones where she unveils her favorite things and the screaming housewives in her audience get to cart home all of the booty?  Scoring a ticket to that show is akin to wining the Illinois state lottery!  Well, if I had my own special Divas edition, it would have to include homemade hummus!

After reading this, you're probably thinking that making your own hummus from scratch falls into the "life's too short" category of cooking.  Yes, I'm aware that you can scoop up  ready-made hummus in a gazillion flavors at almost any grocery store, but that stuff pales in comparison to the real deal.  In fact, that's what's driven me on my epic quest to perfect my own hummus recipe!  There's nothing like creamy garbanzo beans, mixed with tahini and fresh lemon, and served up with drizzled olive oil!

And if you're planning to used canned garbanzo beans, forget about it!  While I do keep canned beans in my cupboard to use in a pinch, cooking with dried beans will make a difference both in terms of flavor and texture in your cooking.  Trust me, once you make the switch, you'll never go back!  The other bonus is that dried beans are super cheap compared to canned beans, so you'll save money, too.  The dried garbanzo beans I bought at Whole Foods only cost $1.99/lb, and let me tell you, one pound of dried garbanzo beans goes a long, long way (remember that beans almost double in size after soaking and cooking).

Now the real secret that I harbor about making your own hummus is that I do one big batch all at once, and then freeze several extra portions to eat all month long!  Not only do you get to enjoy great hummus for a month or more all on a few hours of work, but both your palate and your pocketbook will thank you!

Oh yeah, and did I mention the health benefits?  Garbanzo beans are high in protein and fiber and low in saturated fat.  Pair the hummus with fresh chopped veggies, like carrot sticks, and chow down.  Plus, when you make your own at home, you can use higher quality organic ingredients and you'll avoid any bad additives that can lurk in the store bought stuff.

Even better?  You can experiment with lots of different flavor variations by tossing in roasted garlic, tomatoes or toasted curry, my favorite variety!

Did I convince you to give this a try yet?  Well, if not, enjoy the pictures!  I'm overdue to make my fresh batch myself.  I just need to pick up more tahini at the grocery store! 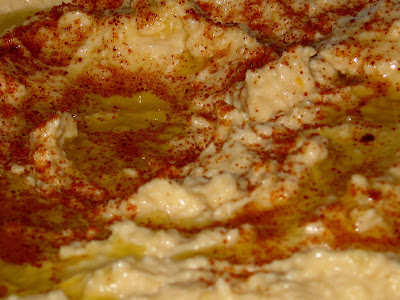 Place the garbanzo beans in a stock pot and cover with at least 3 inches of water.  Bring to a simmer and cook until the beans are soft but not mushy (about 1 hour).  Remove and drain, reserving some of the cooking liquid.

Place the beans in a food processor or blender and add the tahini, garlic, olive oil and lemon juice.  Blend the mixture, adding cooking liquid as needed to achieve desired consistency.  Season to taste with salt and pepper.

Also, if desired, stir in curry powder or other ingredients to flavor the hummus.

To serve, spread some hummus in a bowl, drizzle with olive oil and top with a little paprika and chopped parsley.  Pair with warmed pita bread or chopped vegetables for dipping.  Enjoy!

Note: If planning to make a big batch to freeze several portions, try doubling this recipe! 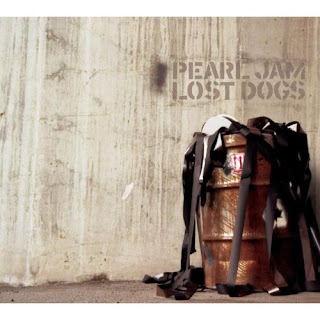 Last night, I had the privilege of catching Pearl Jam's show at the Gibson Amphitheater in Los Angeles, the third of four dates they're playing at the venue. Let me just let out a big WOW!  I'm a longtime member of the Ten Club, the Pearl Jam fan club, and while I don't have a super coveted low number, I have been in it for about ten years and purchased my tickets through them, which they assign based on seniority.  All I can say is that I got hooked up last night!  Our seats were dead center and only about eight rows back from the stage.

One of the best live band I've ever seen, they really brought it last night!  It was an interesting set list, comprised of plenty of hits like Corduroy and Daughter, but also interspersed with great new material.  I was interested to learn that their new hit single, The Fixer, which is also the best track on the album was penned by Matt Cameron, the drummer.  But the real treat came with the encores.

Playing basically solo with a string quartet, Eddie performed the fabulous Just Breathe and The End off their new album and a hilarious rendition of their two minute punk rock gem, Lukin.  Next came the second encore, and this is where they blew the roof off the place!  Not only did they play Once which is pretty much my favorite Pearl Jam song of all time, and the rarity, Footsteps, which I somehow pyschically knew they'd play.  They also brought Ben Harper, their opening act, out to play bluesy slide guitar on Red Mosquito.

But the biggest surprise came next!  Eddie brought none other than Chris Cornell (Soundgarden) on stage to sing a rousing rendition of the soaring anthem, Hunger Strike, which they've only performed a handful of times live!  Even better?  They closed with Alive and Mike McCready ceremoniously handed his guitar off to Jerry Cantrell (Alice in Chains), who finished the song on a true high note!  These are the kind of special moments that happen in Los Angeles!

I'm only sad that I'm not going back tonight for their last show!

CLICK HERE TO CHECK OUT THE TEN CLUB!
Posted by Jennifer Brody at 11:14 AM