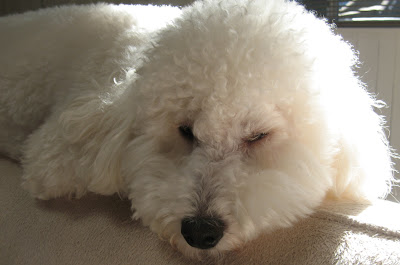 It's been awhile since I've brought you new pictures of The Adorable Monster in all his glory.  Now a yearling (and trapped in the house until the dog park dries out), he spends his days lounging on the back of the sofa like some kind of jungle cat or monkey (not sure which) and his nights waiting for Kuzak to come home to play with him.  What do you think?  Monkey?  Lion?  Monster? 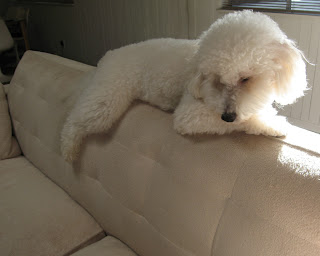 Here he is on his favorite perch, so lazy that he's barely even able to raise his head when I stick a camera in his face. It's true, I have a lazy dog.  Except for the whole wakes us up at the crack of dawn only to sleep the rest of the day thing.

We're still working on that...
Posted by Jennifer Brody at 10:05 AM