Picco Restaurant: You Had Me At Soft-Serve Ice Cream! 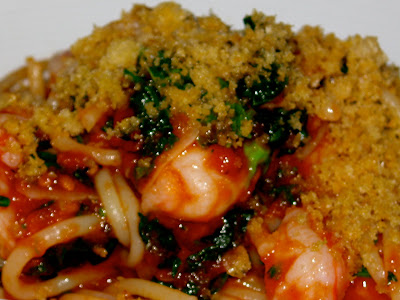 This was the case when I journeyed up California with the A-Girl.  The reason for our trip, technically speaking, was to catch Faith No More's intimate reunion shows (the A-Girl is a confessed Mike Patton groupie).  But the unspoken pact between us was that we were going there to eat.  A lot.  We had a fabulous lunch at Zuni Cafe with two old friends (we feasted on oysters, fresh pasta and pizza), fresh ginger-lemon cocktails at the Slanted Door in the Ferry Building, and two homemade dinners at the house where we were staying, but the real highlight of the trip was our dinner at Picco, my Top Chef Brother's restaurant in Larkspur.

Now, it's true that I've eaten at Picco on many occasions, both the restaurant and the pizzeria.  For me, no trip to the Bay Area is complete without checking out (and eating) what my brother is working on, and it changes all the time.  But I have to say that this had to be the best meal I've had there yet, and that's saying a lot!  After this meal, I believe that they've reached another culinary level (if that was even possible!).  So let's get down to the nitty gritty details! 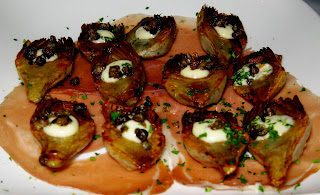 I'm going to start with Baby Artichokes.  It was a girls night out, and the diners were myself, the A-Girl, Jen Squared (she's practically like a sister to me) and my brother's girlfriend, a local baker and pastry chef who I'd just met and adored.  I'll confess that I have a thing for artichokes and had already spotted them on the menu in the unpretentious "vegetable" section.  All it took was one mention by my brother's girlfriend (after all, she eats his food regularly), and I ordered them.

Here's what the menu says:  "roasted baby artichokes, la quercia prosciutto, capers, tarragon aioli."  What is should say is, "these are the most kick ass artichokes in the world, so order them you biatches!"  First, there's the presentation, which is in a word, stunning.  A layer of gorgeous, fatty La Quercia prosciutto (I'm a big fan of this meat) layered under even rows of perfectly trimmed baby artichokes, each one with its own dab of aioli and speckling of fried capers.  Now, under normal circumstances, eating artichokes can be a messy affair, but these babies just pop in your mouth, exploding with intense, tender artichoke flavor, followed by a chaser of cured pig.  I'll also mention that I later learned these are cooked sous vide, which explains the perfect texture.

Umm... genius!  I was tempted to place a second order just for myself, but I refrained.  I knew much more food was coming our way.  I had to save room. 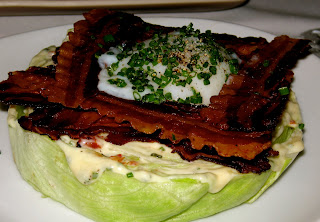 I know, I was so excited about the artichokes that I neglected to mention our first round of starters, which do deserve mention.  We had the local oysters and the ahi tuna tartare, which are both still amazing!  We also downed shots of the potato-spring garlic soup (I love how they serve little cups of their soups, so it's almost like a amuse bouche if you will).  We also feasted on the mini dungeness crab sandwiches and the "slice of ice" iceberg lettuce salad with pancetta, creamy tomato dressing and a soft-cooked egg, or as I like to call it, the "white trash" salad.  These are both Picco staples, and worth having (but isn't everything?). 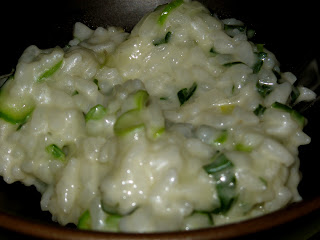 risotto with asparagus and savoy spinach

But for me, the real highlights of this meal (apart from the artichokes) were the two pastas we ordered and the risotto, made fresh on the half hour.  That day's risotto was made with asparagus and savoy spinach, but I also tasted leeks in the dish.  It was so tender, light, refreshing, the very epitome of spring!  I just made my own version of it last night, and it might be the best risotto I've ever cooked (recipe, video and pictures coming on Monday).

The first pasta we tried as the "spaghetti, white gulf shrimp, rapini, garlic, spicy tomato, breadcrumbs" (see top picture).  My brother confided that he gets the shrimp flown in fresh daily, and boy, it was amazing!  Tender, plump, shrimpy!  And the combination of the thick pasta noodles, perfectly cooked, the rapini and the spicy tomato was stellar, but the true star of the dish wasn't listed on the menu.  It was... mint!  I'd never had mint in a seafood pasta like that (usually, you'll find it paired with lamb), but it was truly a revelation.  I couldn't believe how delicious it tasted and will definitely be using more mint in my pastas going forward. 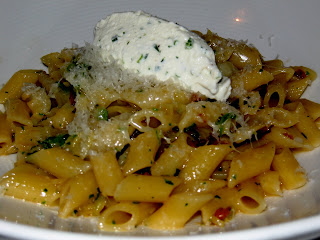 The second pasta we tried was the "mezze penne, spring onion, leek, spring garlic, parsley, Picco pancetta, ricotta," which the A-Girl had had her eye on for days.  The penne was obviously fresh and made in house, and without a doubt, some of the best tasting pasta I'd ever tasted.  I also loved the presentation of this pasta, with the big, decadent ball of ricotta served in the middle of the dish, melting into the pasta, and waiting to be broken into (all Picco's 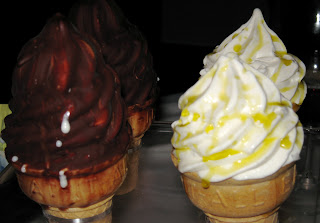 And last, but certainly not least, we had the soft-serve ice cream I'd been fantasizing about for days on end.  My brother confided that they recently redid their formula, and wow, just when I thought it couldn't get any better, it did!  We were served four perfect cones, two dipped in chocolate so that they had a thin, chocolate shell (yum!) and two drizzled with olive oil and sprinkled with sea salt (my favorite, must be tasted to be believed).  I had a huge food orgasm when I ate the first cone.  I stopped speaking until I'd finished every last bite.

The ice cream was the perfect end to a fabulous meal!  And this also bodes well for Executive Chef Bruce Hill's new restaurant, Zero Zero, opening in the city in June or July (click here for my post).  The new restaurant will focus on pizza, fresh pasta and soft-serve ice cream, and if the food that Picco is doing is any indication, that restaurant is going to knock San Francisco's socks off.  I can't wait... 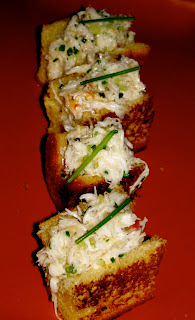 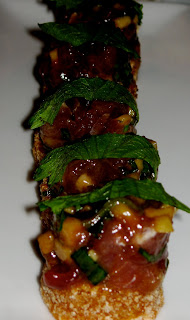 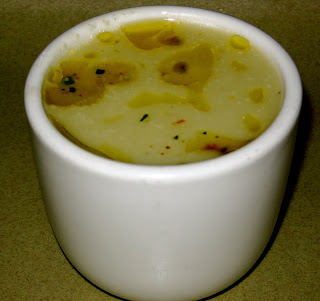 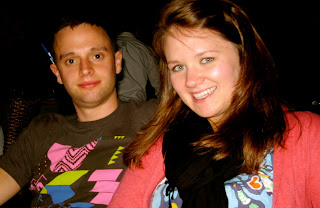 my top chef brother and his lady friend 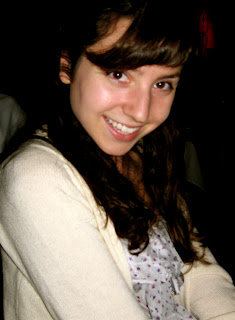